Poll Shows Canada is the 2nd Best Place to Be a Social Entrepreneur: Taking A Deeper Look 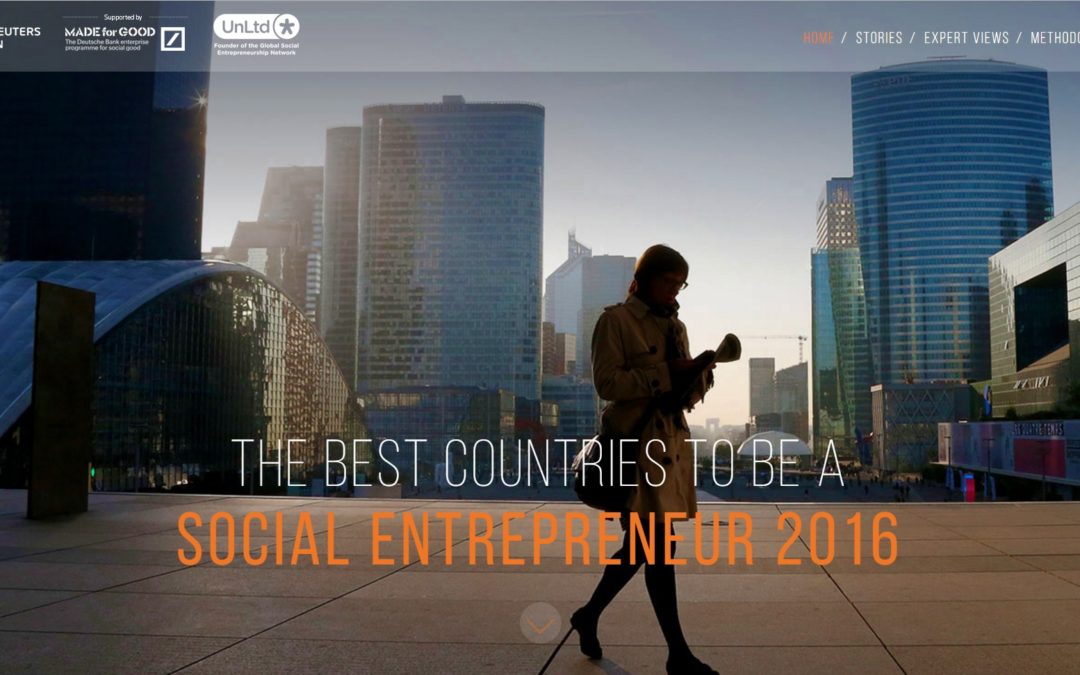 Recently, a major poll pegged the best place to be a Social Entrepreneur. The poll, carried out in partnership with Thomson Reuters Foundation,  Deutsche Bank, the Global Social Entrepreneurship Network (GSEN) and UnLtd, was conducted online between June 9 and July 15, polling 20 experts in 45 countries.

While one can question the veracity of a survey that speaks to 20 experts, the goal of the survey was to fuel important conversations about nurturing social entrepreneurship. And that’s something it has done to an amazing degree:

In that spirit, here is our deeper look at some of the numbers. 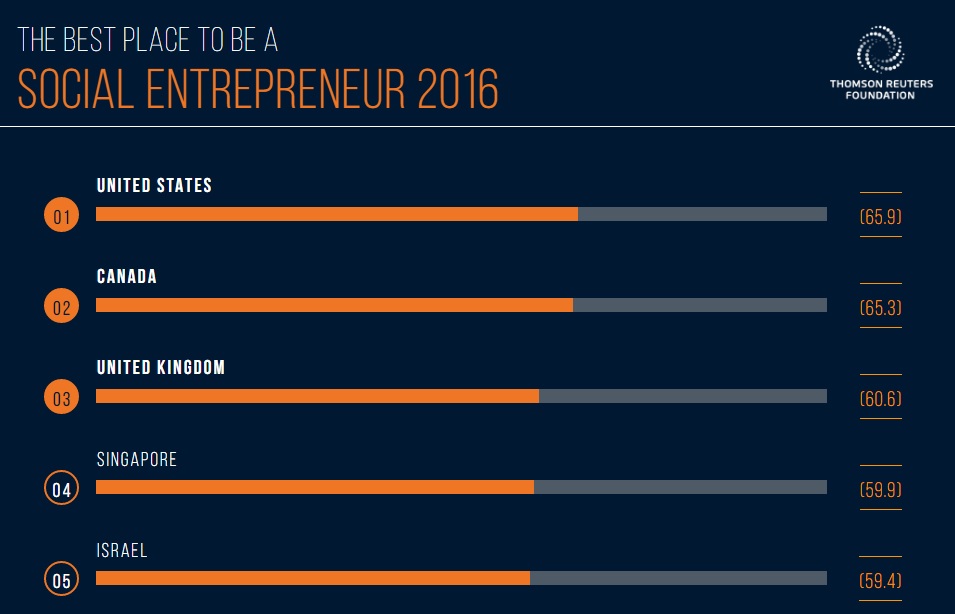 The U.K.’s third place, the larger gap between it and 2nd and 1st place, and the relatively small distance between itself and fourth place is somewhat surprising given its reputation as a leader in this space. Indeed, in his reflections on the results, UnLtd’s Mark Norbury states:

“The UK has been a pioneer in this area, with strong government support for the movement from the very beginning.”

As will be seen below, given its pioneer status, some of the U.K.’s low rankings are the biggest surprise of the poll results.

“Only 10 countries surveyed in the poll agree that it is easy for social entrepreneurs to access grant funding, and only four agreed the same applies to investment – a real concern.”

Regarding grants, Canada scored 8th, over 25 points behind #1 Hong Kong. Still, it was slightly ahead of the U.K. and the U.S. On investment, Canada was number #1, but at 58.3 it was the lowest #1 of any of the questions.

“The poll findings also expose the difficulty social entrepreneurs have in accessing different markets. In very few countries do social entrepreneurs find it easy to sell their products and services to government, and selling to business is reportedly not much easier.”

Lack of Understanding among the General Public about Social Entrepreneurship:

“From our perspective, the most striking finding from the poll is the lack of understanding among the general public about social entrepreneurship. We believe that tackling this problem is the next big challenge for countries like the US and UK who have strong foundations upon which to build. We want to see social entrepreneurship go mainstream.”

A Breakdown of Canada’s Showing Compared to #1 and the U.S. and U.K.:

You can access the poll and lots of supporting material here. 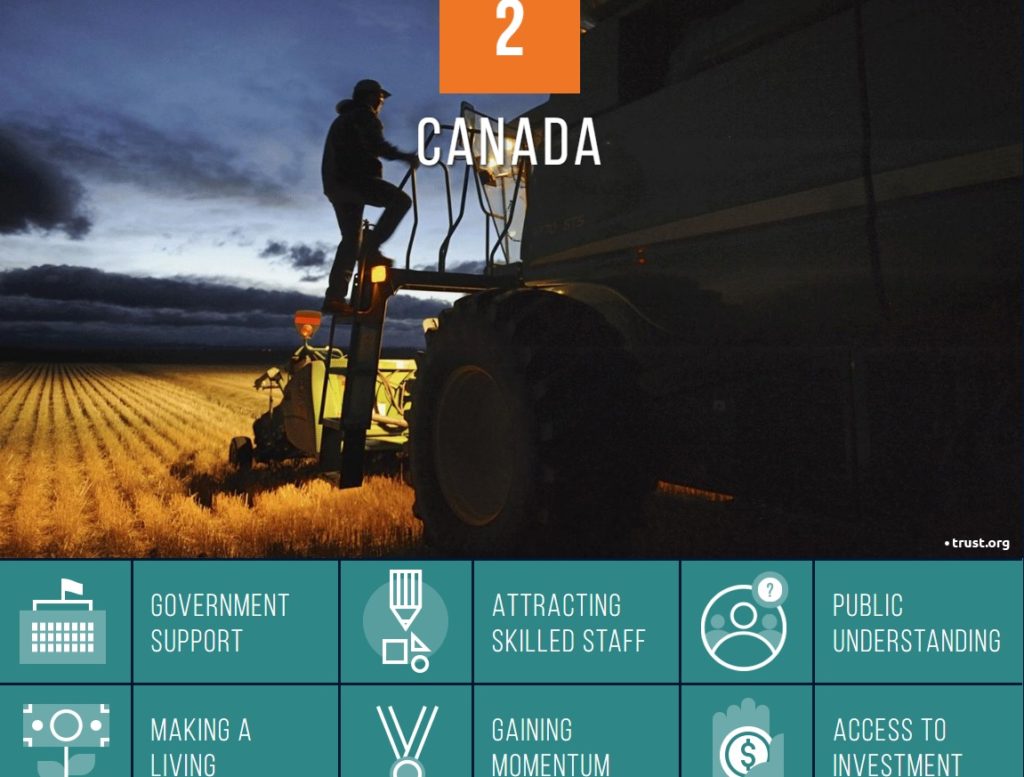