Social Enterprise as a Coral Reef: Insights into the Evolution of Social Impact 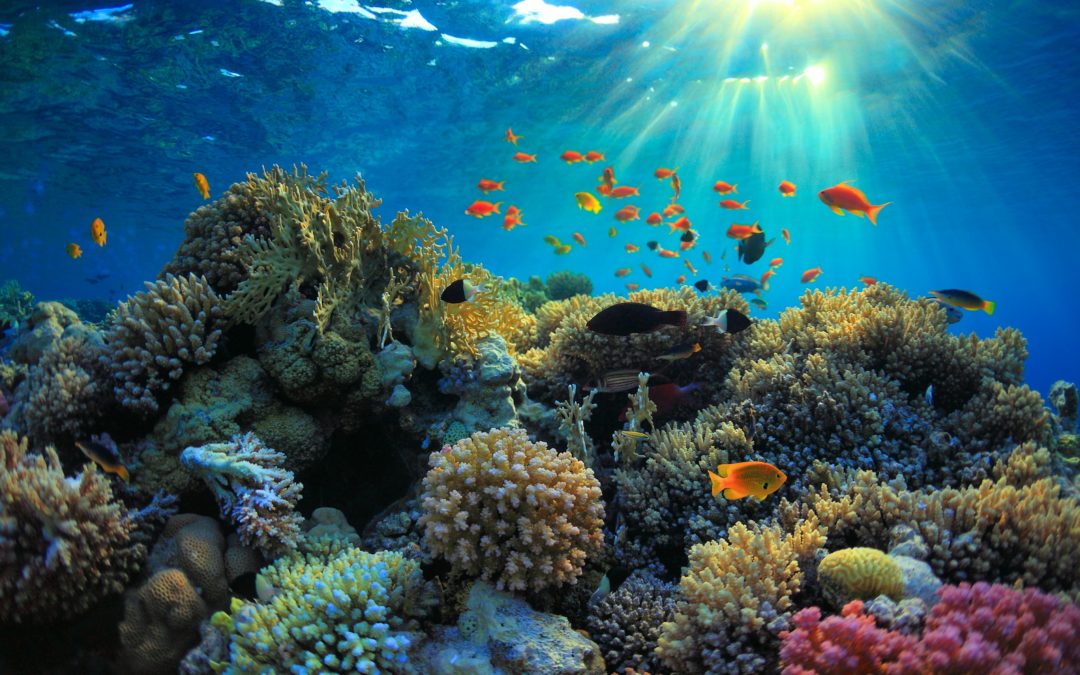 Trico Foundation’s Social EnterPrize was created in 2011 to celebrate and advance leadership and excellence in social entrepreneurship in Canada. In 2013 we had an ‘aha’ moment that changed everything: “what insights could be gained by commissioning case studies on the recipients?” 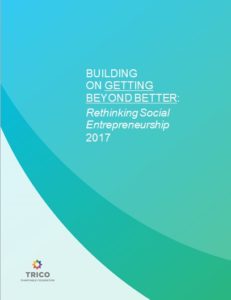 The studies have exceeded every expectation in giving us an inside look at each social enterprise on a wide array of ‘how to’ issues (succession planning, competitive advantage, market penetration, etc.). What we didn’t anticipate were the intriguing patterns that emerged across the case studies. Many of those insights were codified in our report “Building on Getting Beyond Better: Rethinking Social Entrepreneurship” (BonGBB), a copy of which will be provided to attendees of EconoUs2017.

One key concept that has continued to evolve for us, and will be the focus of our EconoUs2017 panel on the evening of September 14, is the “adjacent possible”.  The adjacent possible states there are only so many opportunities directly possible at any given time, but that number changes after an opportunity is seized. As Steve Johnson beautifully puts it:

“boundaries grow as you explore those boundaries”.

In the context of social enterprises, the adjacent possible means that just from the act of doing and learning those ventures evolve new opportunities. Often, these opportunities were not in the original plans or even foreseeable; they simply emerged and the organization was entrepreneurial enough to seize them.

This much we talked about in Building on Getting Beyond Better (BonGBB), but we have since realized that when successful social enterprises evolve through the adjacent possible it isn’t always just about seizing new opportunities. Over time, those seized opportunities reach a point where the social enterprise is more like a platform or ecosystem than an organization, like a coral reef.

Coral reefs are a fascinating phenomenon. As volcanic islands subside into the ocean they become prime breading grounds for coral, which thrives in water of about 150 feet. As the volcanic island continues to slowly submerge the deeper coral dies but serves as a foundation for the newer coral. Bit by bit, as Steven Johnson describes it:

“… a largely desolate stretch of nutrient-poor seawater is transformed into a glittering hub of activity.” Even though coral reefs only occupy one-tenth of one percent of the planet’s surface, they are home to between a million and ten million distinct species. 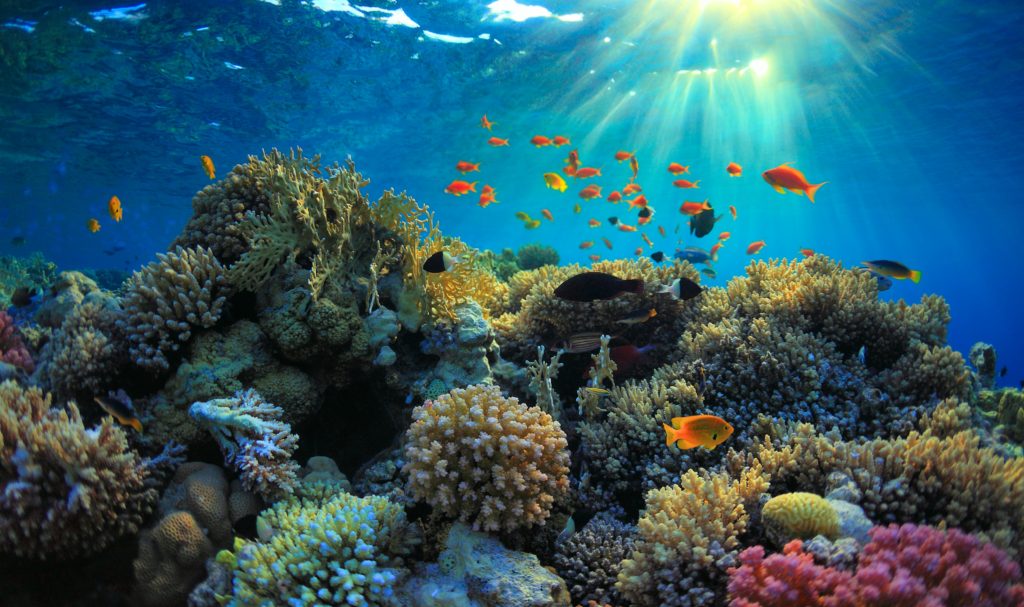 It is tempting to see the metaphor as social enterprises, like coral reefs, nurture life and opportunity in adverse conditions, but it is much deeper than that. The true key is how they, through time, evolve into platforms of increasingly sophisticated and synergistic impact. In form, the platforms social enterprises develop through the adjacent possible can be within the social enterprise itself or branch out to include external partners. In substance, the platforms result in enhanced financial sustainability and social impact, and can even lead to transformative change. 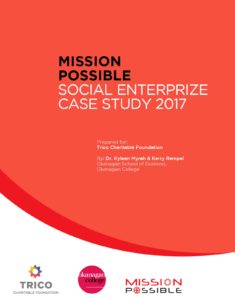 When it comes to a coral reef within a social enterprise, consider the evolution of Mission Possible, a 2011 Social EnterPrize recipient and part of our EconoUs panel on the evening of September 14. Seeking to employ the economically excluded in Vancouver’s Downtown Eastside (DTES), Mission Possible began a full-service property maintenance company. Realizing a number of DTES residents may not have the physical capacity to work in maintenance, it added a neighbourhood watch service and recycling pick-up. Not only does this expand the gamut of people it can employ, it also enhances its financial sustainability by diversifying its customer base. Building on this momentum it has since added an employment readiness program, soap recycling, and studio and gallery space. 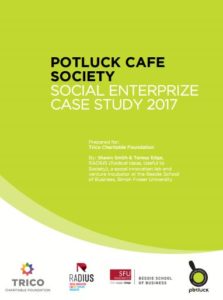 For an example of a coral reef social enterprise that reaches beyond the organization, consider Potluck Café, another 2011 Social EnterPrize recipient who will be part of our EconoUs panel on the evening of September 14.  The Café began with the goal of providing healthy, affordable food in Vancouver’s Downtown Eastside while hiring economically excluded locals to prepare those meals. Since then it has joined “Kitchen Tables” which brings local kitchens and policy makers together to create: a map of where food is available in the Vancouver’s downtown eastside; a procurement group to gain economies of scale to enable local organizations to buy healthier food; a weekly market that sells fresh fruit and vegetables at cost; and a neighbourhood outreach about healthy eating.

Understanding how social enterprises evolve in this way can radically alter how we see and support both their growth and their role in transformative change. For one thing, it shines a light on innovation and evolution within a sector that too often is wrongly accused of having none. It could also shift our thinking where assessing transformative impact becomes less about asking if they have that impact right now (or by imagining what their impact would be if they were simply bigger), and more about asking whether/how they are evolving as a coral reef. Similarly, evaluation could be less about whether they are changing ‘the system’ and more about whether they are developing as a new system themselves. Finally, it could help us better understand their interaction with the surrounding environment, whether it is the receipt of grants alongside sales income, partnerships, or connecting the three themes of EconoUs2017 – Doing Business Differently, Thriving Communities and Good Jobs.

These themes will be explored more fully at our EconoUs2017 event  Doing Business Differently: An evening of celebration and insight on September 14, 2017.

Steven Johnson references are from his book Where Good Ideas Come From: The Natural History of Innovation, 2010, Penguin Books.