Social Entrepreneurship and Social Finance at a Crossroads: Three Recent Works Call For A Transformation in Social Impact 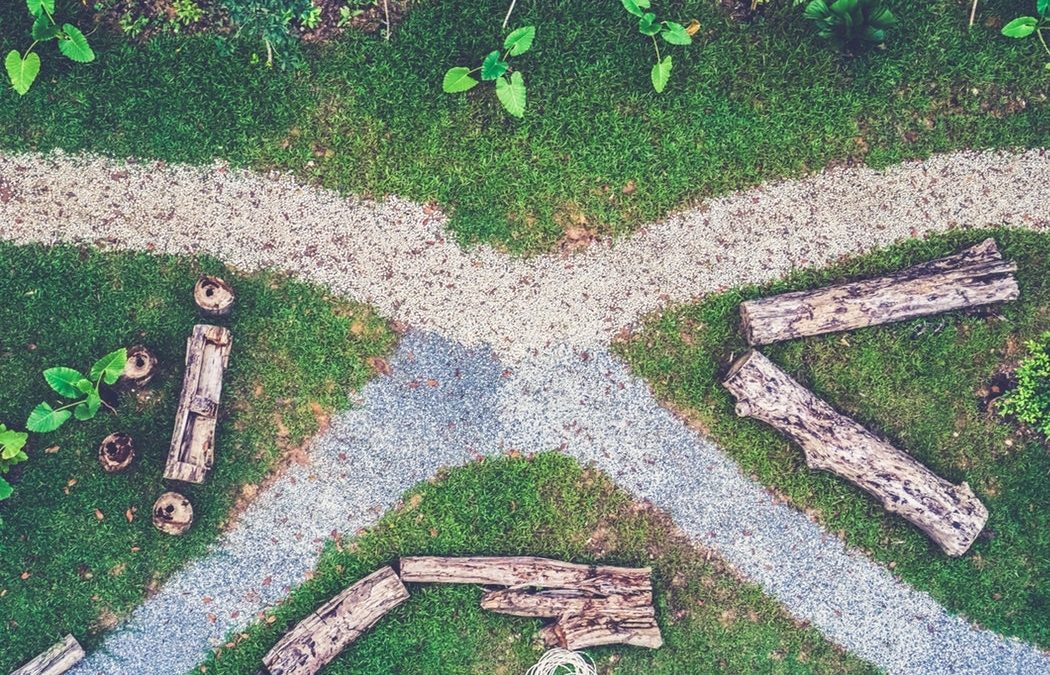 As I prepared for a panel discussion at the 2018 Social Finance Forum, I knew I would be asked if social entrepreneurship and social finance were where I thought they would be a decade ago, and why or why not?

The truth is, while a couple of things had been causing me growing concern, it had been some time since I stepped back and viewed the social impact sector as a whole. I may have been at risk of losing the forest for the trees.

Fortuitously, I came across John Elkington’s article, “25 Years Ago I Coined the Phrase ‘Triple Bottom Line.’ Here’s Why It’s Time to Rethink It”. 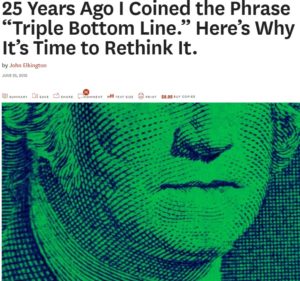 The title is truth in advertising. Elkington did invent the phrase ‘triple bottom line’ – the idea that businesses should be about social and environmental impacts as well as financial prowess. And he did coin the phrase 25 years ago. But here is the amazing thing: rather than simply celebrate the remarkable progress the triple bottom line had made, he called out its inability to achieve the true change he intended.

Intuitively, this article seemed like a grand opportunity for the social entrepreneurship and social finance sectors to engage in some informed introspection. After all, how many times do you get someone of Elkington’s caliber providing a heartfelt and insightful look at how a social impact initiative went off course over a 25 year period? And given the triple bottom line, or “sustainability” as he sometimes calls it, is a kindred spirit to social entrepreneurship and social finance, the lessons learned should be applicable.

Elkington’s big point is the:

He suggests there are three basic reasons for this failure:

My sense is these challenges also plague social entrepreneurship and social finance. As I describe them, see if you feel the same way.

The Problem of Dilution:

Elkington feels the triple bottom line has been “captured and diluted by accountants and reporting consultants”. As a result, the concept has been reduced it to its lowest common denominator, becoming just an accounting tool or a shiny PR report.

Now, this is not to say that accountants and reporting consultants are not important components of the social impact ecosystem – they are! However, if they are driving the key narrative for a social impact movement, we are in trouble.

The Problem of Proliferation:

Elkington also notes a “bewildering range of sustainability accounting options” have sprung up as the momentum behind the triple bottom line grew.  Elkington says it would have been great if this range of activity signified a great age of experimentation, where we were trying many things, learning, and advancing the sector with the insights gained. Sadly, this is not happening. The flurry of activity is lots of noise and no signal.

He fears this bewildering range of options, this noise, provides business with an alibi for inaction. I would take it further and say this noise also makes it difficult for anyone actively trying to achieve social impact. As well, it is dangerous in that the sector could mistake this noise for accomplishment, getting a sense of progress from all the activity when there really is none.

A Lack of Transformation:

Most important of all, Elkington calls out the triple bottom line’s failure to achieve its true goal, the transformation of capitalism. Specifically, 25 years ago he was hoping to provoke deeper thinking about capitalism and its future, and scale “next generation market solutions”.

Elkington identifies an early sign the triple bottom line was getting off track: those who were the first to embrace it understood it as a balancing act, unintentionally perpetuating the trade-off mentality that is old-style capitalism. I found this observation particularly chilling as the language of “balancing act” dominates the social entrepreneurship and social finance sectors.

What’s a social impact movement to do to combat these trends?  For the sake of brevity, I will focus on the 1st and 3rd challenges.

Answering The Problem of Dilution: Adopt the Adoption Curve:

The adoption curve was developed by Geoffrey Moore. It originated with technology, but it could apply to any transformative change that wants to go mainstream. In fact, I am surprised at how little it is used by the social impact sectors.

Moore suggests that you can’t see the general public as one homogenous glob. Instead, they break down into identifiable segments with very specific – and different – needs (see Adoption Curve chart). I will focus on the left side of the curve as that is where most social impact movements are at. 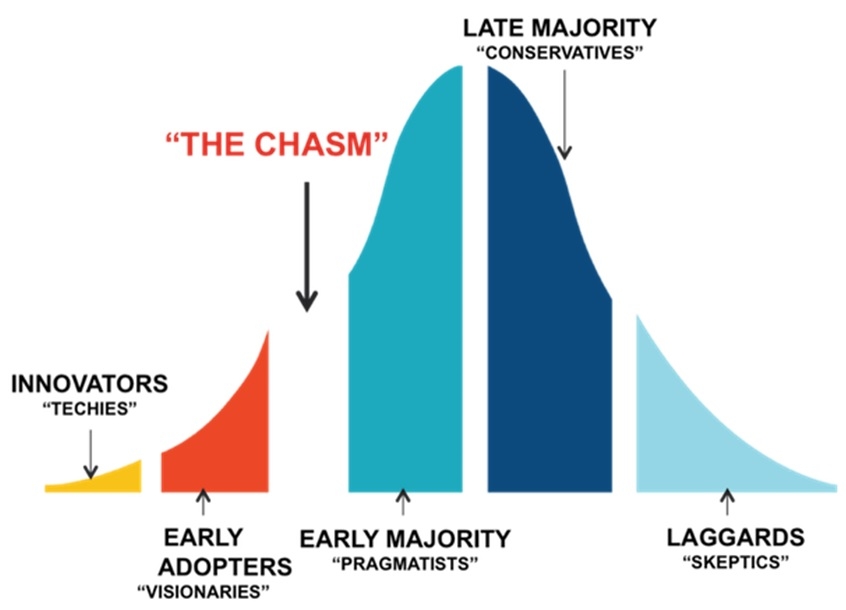 Then come the Early Majority. As their name implies, when you get to the Majority segments you are starting to get into the mainstream, so they are crucial to your journey of transformation. They are also the hardest to transition to, hence the “chasm” label in Moore’s chart.

Unlike Early Adopters, the Early Majority doesn’t want big change, they want incremental improvements. And they are risk adverse.

This happens to movements all the time, from Marxism, to Total Quality Control, to Corporate Social Responsibility.

Therefore, the key question for the social impact sectors is not “Are we going mainstream?”, but “Have we laid the groundwork to go mainstream?” If we are not mindful of this crucial question, all the activity in these sectors will simply lead to a great dilution, which will then lead to a great disillusion.

The Trico Foundation wrote more about the adoption curve here.

Answering a Lack of Transformation: (Re)Finding our “Why?”:

i) The Why of Social Entrepreneurship: Tapping into the Pull of Markets for Social Purpose

We at the Trico Foundation define social entrepreneurship as follows:

This echoes most Canadian definitions of the term, including this iconic one used by the Canadian Task Force on Social Finance:

“Social enterprise is defined as any organization or business that uses market-oriented production and sale of goods and/or services to pursue a public benefit mission.”

The Trico Foundation has tried to take a big-tent approach to defining social entrepreneurship. After all, when it comes to people dedicated to solving social problems, the more people involved the better. However, something was troubling us. The power of the concept was getting lost in a sea of models, many struggling to survive and many seeming to be driven by a grant-based focus.

Then it hit us. We had neglected our ‘why’ – the crucial concept so brilliantly explained in Simon Sidek’s “Start with Why”.

This begs a follow-up question:  When is social entrepreneurship the best way to solve a social problem?

When are business models most effective? When they can tap into what is known as the ‘pull’ versus the ‘push’ of markets, for the pull of markets opens up the promise of sustainability, of profitability and all the options that brings, and scale.

Trico has written extensively on this subject. You can learn more here.

ii) The Why of Social Finance: Extracting the Extractive

The social finance sector has recently received an incredible gift, two significant books, published within a couple of months of each other, each different but also overlapping in their provocative and profound calls for the need to think more deeply about the why of social finance.

One book is by early social finance evangelist and leader, Jed Emerson. It’s called The Purpose of Capital: Elements of Impact, Financial Flows, and Natural Being (Jed’s book is available for free download here and a summary article is available here). The other book, called Winners Take All: The Elite Charade of Changing the World , is by Anand Giridharadas.

These are two truly powerful works. I cannot possibly do justice to all of their thoughts, but one key element of their challenge to us to rethink the why of social finance is a call to prevent social finance from perpetuating the sins/deficiencies of mainstream finance, particularly its extractive nature.

In the words of Giridharadas: 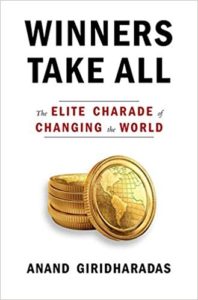 “One of the fundamental challenges of private equity is so much of what they are about is efficiency and extracting value from their portfolio companies. And what that translates into is generating more productivity with less expense. So, basically, firing people, laying people off, he [Darren Walker, President, Ford Foundation] said. “We know the productivity of the last twenty years has been not to the benefit of workers. Workers’ income is flat.” Those resources were “extracted” he said, and now show up as returns for firms like KKR. Some of that money will end up in charity, soothing the wounds it helped cut.”

In the words of Emerson: 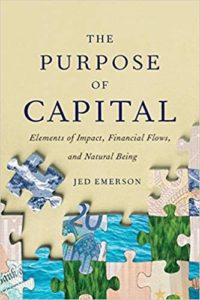 “There is a central challenge in the effort to ‘do well and do good’ in that at its core is a commitment to making use of the very financial tools that have failed to create a just, equitable and sustainable world.  As impact investing continues to go mainstream, we now see a plethora of traditional investment strategies, tools and practices applied with ever greater complexity in the name of impact and a decreasing amount of innovation in how capital is structured to transfer the actual power of money to the objects of our influence.”

These works suggest there may actually be three stages to the history of social finance:

The Next Great Leap:

What social entrepreneurship and social finance need is to learn and advance so much that each takes a quantum leap, so much progress that we are embarrassed by what we know today. I am thinking of a leap similar to the one medicine made from bloodletting/using leeches to modern-day medical practices; the quintessential example of “boy, what were we thinking?” when it comes to looking at how far we have come.

I can’t help but note bloodletting was a well-intended, but ultimately counter-productive, extractive practice – we depleted when we should have been nurturing. I wonder if we could make the same mistake with some forms of social finance and social entrepreneurship?

The recent works of Elkington, Emerson and Giridharadas call into question whether the current trajectories of social entrepreneurship and social finance will bring about the transformation of capitalism the world needs. It’s a fortuitous moment that could well be a watershed, the potential dawn of a fundamentally new era, like when Darwin and Wallace simultaneously published on natural selection. Now it falls to us to make the most of these extraordinary works.

Update: I have just become aware of Decolonizing Wealth: Indigenous Wisdom to Heal Divides and Restore Balance by Edgar Villanueva which was also published in the 4th quarter of 2018. I have not read it yet (but will!), but it sounds like it could easily join the ranks of Elkington, Emerson and Giridharadas.

This article is based on my comments during a panel discussion at the 2018 Social Finance Forum. I was honoured and privileged to be joined by moderator Elisa Birnbaum, SEE Change Magazine, and Cheryl Dorsey, Echoing Green. 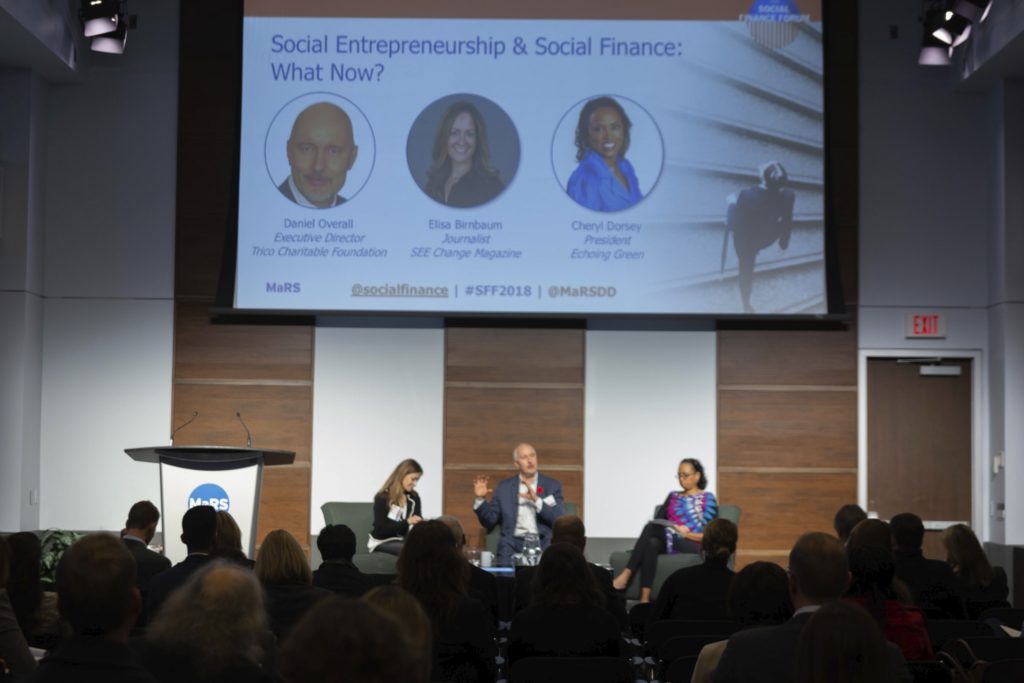 At the 2018 Social Finance Forum