A Key Glimpse Into the ‘How To’ of Social Entrepreneurship 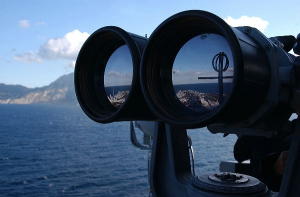 For all its momentum, the social revolution of the 21st century – as in social finance, entrepreneurship and innovation (on my more disillusioned days, it’s the ‘soc drawer’) – is at a critical tipping point. Simply put, we need to move beyond theory to the practical ‘how to’.

It’s amazing how many thought leaders in this space are coming to this conclusion.

“Continuing debates regarding risks and returns within a swirl of varying definitions will prevent impact investing from moving to the next level… We have the lessons of those who have done this work successfully for years at our disposal. We should now focus on these emerging best practices and work to bring the field to scale based on HOW they have actually done it.”

In an interview about shared value, arguably the for-profit side of social entrepreneurship, Michael Porter said:

“What we’ve found so far in this work is … you actually have to make it real. You need examples that are close enough to a company’s own space or what it does that people start to see this isn’t some theory.

I think you talk to business people and they’ll listen to this, they’ll nod their head, [say] I get it, I agree with it… This makes sense to them, they can connect it to what they’re supposed to do in the business but it’s still a leap to understand how to apply it, so we’re putting a lot of energy on that now.”

Speaking at the 2015 Skoll World Forum, Roger Martin, co-author of the upcoming book “Getting Beyond Better: How Social Entrepreneurship Works”, said:

“If somebody is doing something and you would like them to do more than that, just admonishing them to do that thing is not very valuable if that thing is obviously something that they would want to do. Most people want to be more ‘leaderly’ and just telling them to be more ‘leaderly’ isn’t going to do much as they would have already if they knew how. So a real focus of both the article and the book is not saying ‘be leaderly’ to social entrepreneurs, it’s to get concrete … give them the things that they can do that will result in leadership.”

SOCIAL ENTERPRIZE CASE STUDIES: THE ‘HOW TO’ OF SOCIAL ENTREPRENEURSHIP

Two years ago this spirit infused Trico Charitable Foundation’s internal discussions about our biennial Social EnterPrize awards. The awards seek to celebrate the best and brightest social entrepreneurs in the Canadian context. Like most awards, the news release and mini bios of the recipients were capturing the 24-hour news cycle, but they weren’t advancing anyone’s understanding of what social entrepreneurship is and how to do it. As a result, we decided to do case studies on each recipient, commissioning Canadian post-secondary institutions to do the studies. The process began with our 2013 recipients:

It is true that you can pigeon hole these case studies into a variety of categories. For example:

Ultimately, we hoped each ‘nuts and bolts’ inside look at an amazing Canadian social enterprise would transcend labels and categories and appeal to any entrepreneur interested in real-world insights on how to take an idea and make it a reality. Here the studies really deliver.

Since 2008 they have employed 2,200 individuals, of which over 1,100 have gone on to full-time employment. As impressive as those numbers are, they include a period before ESS really found its groove. Having found that groove, in just 11 months in 2014 they employed 694 people, paying them over $2.6 Million in wages and benefits. Of those, over 400 went on to full-time work. As well, ESS, a non-profit, increased revenues by over $2 Million in a 12 month period around that time.

Impressive, yes, but when its Executive Director and Founder, Marcia Nozick, originally pitched the idea of ESS to her Board, they were against it. They felt it took away from their initial focus, which was helping the unemployed get micro-loans to start their own business.

Marcia didn’t want to back down because she knew the day labour idea was a good one. So she did something remarkably astute. Engaging in an open conflict with her Board wasn’t really an option. After all, even if she won, any Board members she jettisoned could have become enemies and detractors in the community. Instead, she waited until the opponents to the idea naturally ended their term with the Board and made sure she replaced them with people who supported the idea of ESS. A process that took five years!

Now, of course, entrepreneurs shouldn’t needlessly delay, but how many have the commitment and drive to take five years to lay the necessary groundwork before they begin a project?

One more twist to the ESS story: it almost went bankrupt. There was a time when all of the detractors were almost proven right. It’s a moment where, in Marcia’s words, ESS went from “corner store to super store”. How did she do it? Check out the case study.

In addition to the art of blending social impact and financial success, each case study is loaded with these tales of shrewd strategy, of making mistakes and learning, of seizing opportunity and avoiding catastrophe. Each one has something for everyone.

We are thrilled that SocialFinance.ca is partnering with us to provide a series of four posts, each one featuring a social entrepreneur drawing their own insights from one of the studies.

We invite you not only to stay tuned for the posts over the coming   weeks, but to go deeper: Read the case studies yourself. Reach your own conclusions and join the discussion on Twitter by following Trico, SF.ca or by tweeting to #SocEntPrize!

Theories are nice. But it is, after all, practice that makes perfect. Everyone dedicated to advancing the social revolution of the 21st century must work to ensure that real-world stories such as these are told. It is the only way to inspire and inform a journey the world desperately needs us to take.